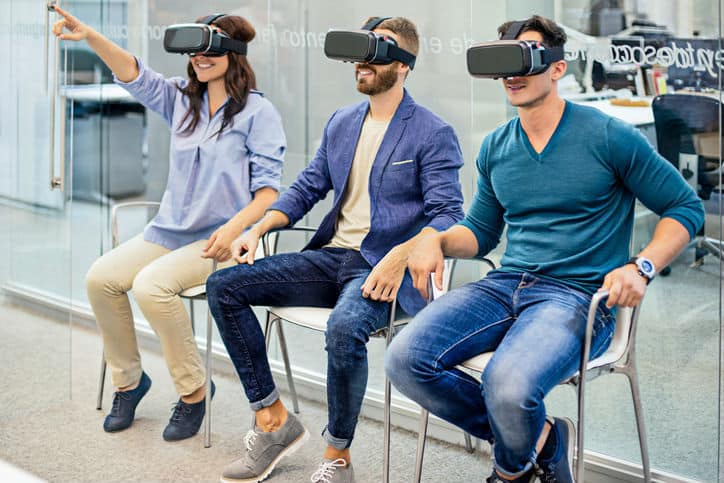 December 2016 marked a major pinpoint on the timeline of virtual reality. The bookend month was so integral to the headset-based technology due to the announcement of the VR standards initiative by The Khronos Group, an open consortium of leading hardware and software companies.

The initiative proposed by Khronos is intended to “define a cross-vendor, royalty-free, open standard for access to modern virtual reality (VR) devices.” This would standardize hardware and software interfaces to encourage industry diversity and innovation. The VR standard is to include cross-platform application programming interfaces (APIs) for tracking headsets, controllers, and other objects, rendering to a diverse set of display hardware.

Ultimately, the purpose of this standard is to make it easier and cheaper for developers to create software and general VR experiences that can function across multiple platforms, as opposed to today’s practices within the current fragmented state of the industry.

Prior to the initiative, each company with an available own virtual reality headset had generally been attempting to exalt their own technology as the industry standard. Some of these, such as Razer, with its OSVR headset, were working strongly to progress a more-open standardization of the industry through public assistance. Others, such as Oculus, were less compliant, and the company had notably locked many of the Rift headset’s games for use only on its platform.

However, with an open software platform that can function on any compliant headset, developers have to spend less time adapting their programming to put the complicated virtual reality interface on each incompatible headset. With Khronos’s guidance, the virtual reality industry will hopefully see further innovation in the near future, allowing VR to move beyond video games.

Overall, this standard could be responsible for the solidification of virtual reality in modern technology. As we have discussed before, VR has been a trend in the past, being seen as the “next big thing” back in the early 90s, but unfortunately didn’t stick. Because of this, some are skeptical of the future of virtual reality and view it as repeat of the fad. However, through the cooperation between the different major companies active in the industry, virtual reality may have very well ensured its longevity.