On February 1, 2016, the World Health Organization declared the Zika virus in Latin America to pose a global health emergencythat requires a unified response, due to the underdeveloped brain birth defect microcephaly that it has reportedly caused in 4,000 newborn babies. There is no known cure for the Zika Virus, which is primarily transmitted by the Aedes mosquito. People in countries that have had reported cases of Zika can protect themselves in a manner no different than protection from other mosquito-spread viruses: by wearing clothing that leaves little exposed skin, using bug repellant, and avoiding remaining outdoors for prolonged periods of time.

All mosquito mouthparts contain needle-like mandibles and maxillae that allow them to feed on nectar and plant juices, and these anatomical structures have adapted the ability to puncture animal skin to drink blood. Males primarily drink nectar while the females often feed on blood, since they need the protein and iron found in blood to make eggs. In addition to the irritation caused by our allergic reaction from the sting mark, mosquitoes are harmful because carrying certain blood can turn them into vectors for pathogens for viruses, which can then be passed on through blood feeding to people and animals, spreading disease. 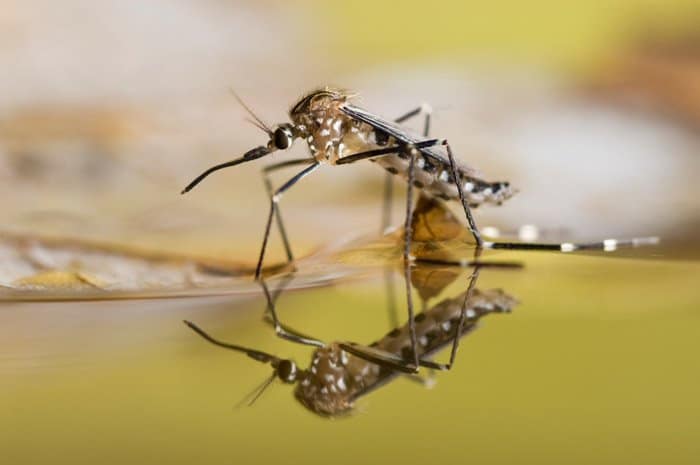 Aedes Mosquito
Different factors can determine the spread of mosquito-borne viruses. In the symbiotic relationship that the vector shares with the disease, the virus, whether it is Zika, West Nile, or Malaria, rarely harms the mosquito. The average lifespan of a mosquito is also very short, spanning somewhere between four days and one month. Because of this, mosquitoes have adapted to produce a massive amount of offspring, which emerge from the hundreds of eggs that the females plant in still water. This plentiful reproduction can be incredibly beneficial for certain viruses, since the vector of a virus passes that same virus onto its offspring, which can then spread it to the variety of animals from which the female mosquitoes feed.

In an environment where a mosquito species is in abundance, it will be selective on whom it feeds, looking for specific levels carbon dioxide and other chemicals coming off the body and in sweat on the skin. This gives them the best target with the most suitable blood. However, when the population has dwindled, the mosquitoes will feed on almost any animal, putting many humans and other animals at risk.

While the precautions taken from mosquito bites are almost entirely in the hands of the individual, there should be assurance that the methods of mitigating mosquito bites are reliable. Current mosquito repellents are generally created with DEET, picaridin, or permethrin as the primary chemical components that prevent mosquitos from harming humans. Of these, DEET is generally more effective than picaridin, and permethrin lasts very long but is only for use on clothes. 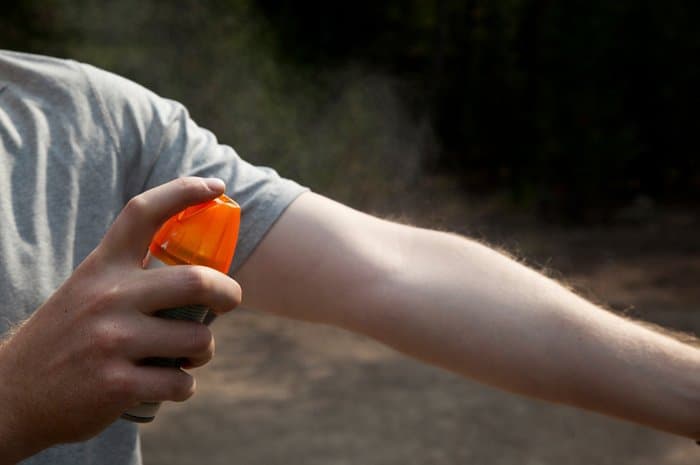 ASTM E939-94(2012) – Standard Test Method of Field Testing Topical Applications of Compounds as Repellents for Medically Important and Pest Arthropods (Including Insects, Ticks, and Mites): Mosquitoes provides testing guidelines to determine the resiliency of potential mosquito-repelling compounds that have already undergone some laboratory testing. The stage of the testing process that is addressed by the standard is for the direct use on skin, and involves applying a measured amount of the candidate material on a forearm or leg and continuously exposing that region to mosquitoes to determine the length of time that the treatment provides complete protection. This research assures the reliability of a product and can help to discover new repellents.

Additional materials help to prevent exposure to mosquitoes. For example, screening enclosures used to keep mosquitoes out of homes and patios prevent the insects from even getting close access to people, reducing the need for repellant sprays and covering clothing. ASTM D3656/D3656M-13 – Standard Specification for Insect Screening and Louver Cloth Woven from Vinyl-Coated Glass Yarns provides guidelines to assure that these screenings can give people the security of not worrying about acquiring viruses from mosquitoes.

For more information on the recent outbreak, visit the WHO Zika virus webpage. In addition, for more guidance on protecting yourself from bug bites, please refer to the Best Mosquito Repellent Guide.

You may also like these posts:
Why the World Needs More Toilets
Preventing Mosquito-Borne Diseases