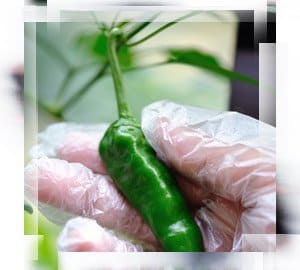 Food safety testing standards from ISO, the International Organization for Standardization, address the general foundations for a wide range of tests as well as standards dealing with the specific methods used in individual tests. Given how important reliably safe food is to us, food safety testing becomes a top priority. Furthermore, food safety testing itself must be analyzed for accuracy and precision so that consumers, distributors, and producers have confidence in the reliability of the results provided, and thus have confidence in the food being tested, whether they are selling it and have to maintain their reputation and adhere to regulations, or if they are eating the food and their continued health relies upon it.

Starting with standards as broad in their subject matter as ISO 17604:2015, Carcass sampling for microbiological analysis and ISO 7218:2007, General requirements and guidance for microbiological examinations, those involved in testing food intended for human consumption or the feeding of animals can conduct their testing in accordance with internationally agreed upon testing foundations. Going further, we also find standards much narrower in scope, such as ISO 4833:2013, Horizontal method for the enumeration of microorganisms – Colony-count technique at 30 degrees C Part 1 and ISO 4833 part 2, published to carefully guide specific procedures designed for specific testing scenarios. These specifications seek to assure meaningful and precise, reproducible results across laboratories and testing groups and, as a result, become increasingly important the more specialized the test becomes.

Mirroring the great diversity in both foods and the possible microbiological threats posed, ISO has published a great many standards on the topic under the heading of “Microbiology of food and animal feeding stuffs.” Similarly, several national standards bodies have adopted these ISO standards. The importance of food safety and the testing necessary to assure it is undeniable and a justifiably major undertaking, with these standards and the efforts of food testers everywhere serving as our safeguard.

What’s All the Hype About Accreditation?