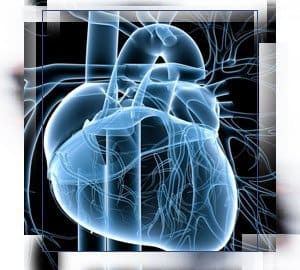 Cardiovascular implants are particularly delicate devices, even compared to other medical devices, frequently quite literally holding someone’s heart in their embrace. Cardiovascular implants can be divided into two general categories: those which remain inside the patient after they go home, and those which are used only during surgery or over the course of the patient’s stay at the hospital.

Cardiovascular implants meant to remain inside the patient serve to either take over the functioning of the patient’s heart and blood vessels or to support them. In the best cases, the implant allows the patient’s cardiovascular system to recover to the point where the implant can be removed and the patient no longer needs its assistance. Devices like a tubular vascular prostheses fall squarely into this category.

Pacemakers are the best known examples of cardiovascular implants, keeping the heart beating at a stable rate if the heart’s own pacemaker cells are unable to manage. Keeping with rates of their usage, and how many people depend on them, standards regarding pacemakers are numerous, helping to assure their reliability and proper functioning. Cardiac pacemaker standards address everything from the reporting of clinical performance of populations of pulse generators or leads to low-profile connectors (IS-1) for implantable pacemakers.

Other sorts of cardiovascular implants are used only in the hospital, temporarily taking over or modifying the functioning of the heart or nearby blood vessels, allowing time for the surgical manipulation of a patient’s cardiovascular system, healing, or organ transplants. As before, standards exist to address the requirements for, for example, single-use tubing packs for cardiopulmonary bypass and extracorporeal membrane oxygenation (ECMO). While ECMO is usually used as a last resort, requirements have also been developed for more commonplace devices, such as arterial blood line filters, insofar as anything associated with cardiovascular implants can be deemed commonplace.

ANSI/AAMI/ISO 11737-1:2018 – Determination of a Population of Microrganisms on Products for Sterilization