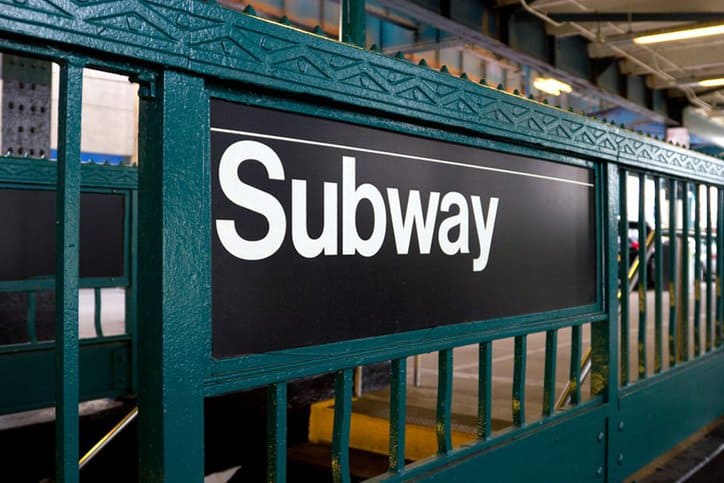 October 27, 2016 marks the 112th anniversary of the New York City Subway, which was established on the same date in 1904. On the birthday of what has become the largest American underground transportation system, let us take a brief look at its history.

The NYC Subway wasn’t the original form of public transportation in the Big Apple, as locals and visitors during the Nineteenth Century could make use of ferries, above-ground steam locomotives, horse-drawn omnibuses, and even “horsecars” – streetcars pulled by horses that traveled on rails instead of roads. In fact, the official NYC Subway wasn’t even the first subway line in New York. That honor belongs to the Beach Pneumatic Transit line, a short-lived novelty transport system that we briefly discussed in our post on the Hyperloop.

However, while the available methods of mass transportation were enough to get people where they needed to be, the city began to reevaluate them after the Blizzard of 1888, also known as “The Great White Hurricane”. This intense storm decimated the Northeast during March of that year, and it reached NYC with winds over 80 mph and heavy snowfall that practically buried the city. In fact, it was said that the East River was so thoroughly coated with ice that some people were able to walk across from Brooklyn to Manhattan. An estimated $25 million was caused in property damage. 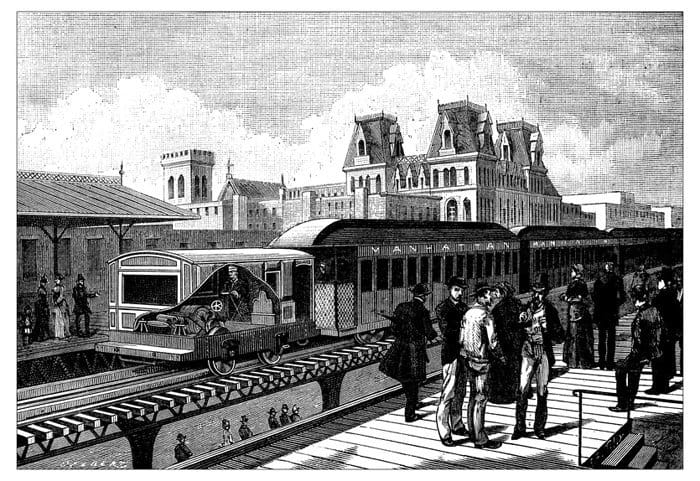 An underground system of mass transport became highly desirable in the time after this disastrous event, and, when it first opened, the subway consisted of one line, operated by the Rapid Transit Company (IRT). This line started at city hall, ran through Grand Central and Times Square, and finished up north on 145th Street and Broadway in Harlem. Access of this service cost one nickel, and over 100,000 people made use of it on the evening of October 27, 1904.

In the following decades, the NYC Subway system expanded, and more lines were introduced, allowing for underground transport between the different boroughs. However, a different private company owned each of these lines; in addition to IRT, there were the Brooklyn-Manhattan Transit (BMT) and Independent Rapid Transit Railroad (IND) lines, and the three operated independently until the city bought them in 1953. 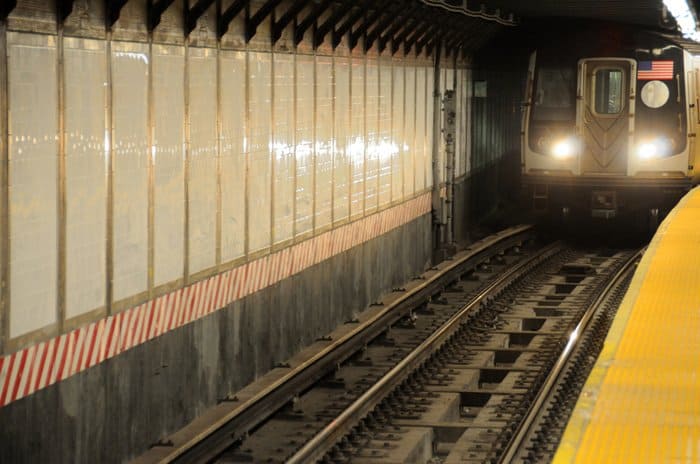 The vestiges of these different systems actually can be seen today, and they likely influence the commuting patterns of many New Yorkers. For example, the reason why you have to walk an entire avenue to transfer from the 1 Train to the A Train on 42nd Street is that the infrastructure of each line wasn’t designed originally for such a transfer. In general, the numbered lines are the old IRT, while the BMT and IND form the lettered lines.

Today, the NYC Subway system transports about 4.5 million passengers every day, and the highly interconnected 24-hour system, now operated solely by the Metropolitan Transit Authority (MTA), can take practically anyone to almost anywhere they want to go within the different boroughs. And with the possible final arrival of the Second Avenue Subway Line (which has been in development for nearly 100 years now), the super-centenarian subway system continues be an integral part of New York life.

US Customary System: An Origin Story

Rats: A Global Species, Thanks to Ships