OSHA estimates that prior to 1970, 14,000 workers were killed on the job every year, an annual amount that has decreased by almost 70 percent today. This is the result of a significantly greater amount of effort being placed into protecting workers, including different methods of safeguarding machinery and limiting hazards for the personnel. Another concept that gained much traction during this time is that of behavioral-based safety (BBS).

Behavioral-based safety seeks to reduce accidents and improve safe performance by scientifically analyzing the behavior of the workers who are susceptible to hazards. In applying the science of behavior to the real-world problem of safety performance, the functional or systematic relationships are observed between the stimuli that lead to behavior and behavioral change, the behavior of specific areas of work performance itself, and the negative or positive consequences that occur as the result of a particular behavior. It gathers this data so that the organization can attempt to reduce the risky behaviors and increase the safe ones.

According to the American Psychological Association, on average, one year after an organization implements BBS, the on-site injury rates decrease by 29 percent. The same kind of behavioral based safety approach has been successfully applied to public safety programs, such as campaigns that have encouraged drivers to wear seatbelts. 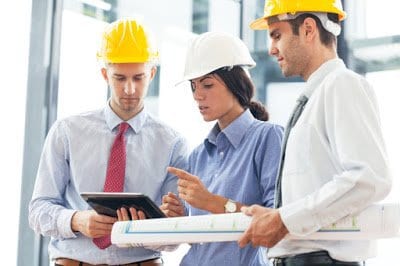 Despite its success, BBS has been criticized as only being a fad in safety procedures and is said to not actually work when it is implemented in the real world. Critics of the process state that BBS has become a large movement only because of the general lack of interest that was placed in the issue of safety in the years prior to its inception. Jim Spigener, one of the pioneers in the concept of BBS, refers to the way people talk about BBS today as a myth, stating that the program tends to blame the worker and not necessarily discover what elicited that behavior at the organization. Spigener also points out that BBS was only meant to be an aspect of the total safety system, and treating it as the entire thing is a “fatal error” made by many companies that lead to its failure.

Something else that is important to note is that behavior can only be observed on living individuals. If a worker exhibited a particular behavior that resulted in his or her death, then a later BBS process cannot observe or analyze that behavior. For example, according to OSHA, on September 22, 2015, a worker was electrocuted while installing a light fixture, which resulted in his death. Even though the cause of death was determined and the leadership in that organization can understand what this worker did incorrectly, they cannot observe his behavior to prevent it again in the future. It is certainly advantageous that a BBS process detects dangerous behavior before it can harm anyone, but not being able to know the exact behavior that have led to a person’s death can prevent the management from knowing the actions that have fatal repercussions. However, the BBS process could assume that many workers utilize these dangerous behaviors every day but have yet to be harmed from them, so the process can still be observed in the living personnel.

Proponents of BBS seem to embrace a great deal of the criticism that is brought forth against the process. While accepting that many BBS processes have not worked in the past, they state that these instances were the result of only looking at the workers’ negative behaviors and not comprehending the culture that encouraged them. In a BBS process, the employees are supposed to observe behavior and provide feedback. One error that has been made in the past is simply giving employees forms to fill out with little direction, which they often have not answered truthfully. Supporters of BBS acknowledge that participation must be encouraged and if the employees perceive their participation is influencing the safety of their co-workers, the quality will improve. BBS is also dependent on the use of analytics and “Big Data” to track at-risk severity and analyze the quality of the behavioral observations to generate an understanding of the safest behaviors. By collecting large amounts of data and using predictive analytics, management can determine where the next injury is likely to occur. This can be utilized by even the smallest organizations, due to the decreasing price of today’s computers.

Behavioral-based safety procedures are not for every organization, and if they are chosen to ensure the safety of the personnel, then they, along with different safety techniques, should generate an understanding of hazard formation in the workplace’s culture and how to limit it.

Asbestos: How to Properly Remove And Dispose During Construction