Homeowners and real-estate buyers are more concerned today with the amount of radon in buildings than they have ever been before. This fear is derived from the inability to detect the gas without some kind of equipment. If it is left unattended, radon can lead to critical illness. One way of preventing indoor radon exposure is by eliminating cracks and other points of entry for the gas. ANSI/AARST SGM-SF-2017: Soil Gas Mitigation Standards for Existing Homes establishes the minimum requirements needed in the design of single-family residences as a way to reduce radon exposure.

According to the EPA, radon exposure causes approximately 21,000 lung cancer deaths each year. Radon is a radioactive gas that can be found almost everywhere, coming from the natural decay of uranium in the soil. It is completely invisible and emits no odor. Naturally, this gas should mix into the atmosphere once exiting the soil, remaining at a safe level for breathing. However, homes and other buildings can act as traps, forming pockets of radon. It can enter structures through cracks in floors and walls, gaps in pipes and suspended floors, construction joints, and even occasionally through the water supply.

It is ideal to have newer homes built more radon-secure. Radon is generally found in in the first several floors of buildings, which makes single-family dwellings particularly susceptible to them. ANSI/AARST SGM-SF-2017 provides the guidelines that promote safety and quality in the design of residential homes that are three stories or less. 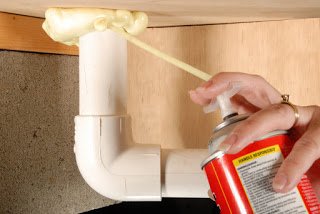 Sealing openings in the slab, foundation, or crawl space membrane is an important component of the Active Soil Depressurization (ASD) system, since it blocks points of entry for radon and minimizes the amount of conditioned air that can leave the building. Installation of ASD fans is a necessity to remove any radon from the home. The standard provides guidelines for these fans to run quietly and efficiently. While water is not the main point of entry of radon into buildings, drains that discharge directly into the soil beneath them should be made radon-proof. Specific sealants and caulks to use are laid out in the standard, along with the wiring that needs to be used to power the fans.

The American Association of Radon Scientists and Technologists (AARST) also have several other standards that provide guidelines for the mitigation and handling of radon gas in private and public buildings. Some of these include:

ANSI/AARST CCAH-2013: Reducing Radon in New Construction of One & Two Family Dwellings
ANSI/AARST MAH-2014: Protocol for Conducting Measurements of Radon in Homes
ANSI/AARST MALB-2014: Protocol for Conducting Measurements of Radon and Radon Decay Products In Schools and Large Buildings
There are different tests that homeowners can take to tell if radon is in their homes. The EPA recommends first taking a short term test, which lasts from 2 to 90 days. If the short-term test result is 4 picocuries per liter (pCi/L) or higher, there could be too much radon in the home. A long term test should be used to follow-up and confirm. It is recommended that contractors follow the recommendations set in ANSI/AARST SGM-SF-2017 as they build new homes, while owners of existing buildings should set up an ASD system if they detect a presence of radon.

Multi-Employer Programs for Construction and Demolition

Tower Cranes Throughout the World

Asbestos: How to Properly Remove And Dispose During Construction