A past post focused on AIAA S-117-2010, an American Institute of Aeronautics and Astronautics (AIAA) standard that recommends a specific verification program for any space system. We looked primarily at the idea of space exploration to understand the importance of this standard. However, space organizations do a lot more than just exploration. For example, did you know that some of the most efficient solar energy panels are in space? AIAA S-111A-2014: Qualification and Quality Requirements for Space Solar Cells standardizes testing protocols within the space industry that interact with these solar cells.

Solar power, which takes advantage of the natural energy that is emitted to the Earth from the Sun, is a very popular source of electricity generation. The Solar Energy Industries Association estimates that 51% of the new electric generating capacity installed in the United States in Q1 2015 came from solar. The most-used method of harvesting energy from the sun is solar photovoltaic (PV).

This generally requires panels made of silicon, which absorb photons to power a semiconductor and generate energy. PV arrays are placed on the roof of buildings and homes and sometimes in vacant spaces on the ground. These silicon panels have an average efficiency of about 15%. Some other solar panel materials are currently in the research and development phase. Leading these is perovskite, which has a heightened efficiency of about 20%.

On space crafts, however, solar is far more advanced. Instead of using silicon, space organizations favor gallium arsenide as the main component of solar panels.The National Renewable Energy Laboratory has confirmed that gallium arsenide can have an efficiency greater than 30%. These solar panels are generally limited to use in space due to their high cost.

AIAA S-111A-2014 is an AIAA standard that provides the requirements to verify that space-based solar cells will operate in a predictable manner. The standard takes into consideration the special care needed for solar panels in space, which are very difficult to access and manage. 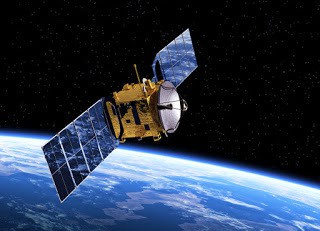 Due to degradation, the efficiency of the system will decrease over time. Depending on the condition of the system’s location, degradation can occur at different rates. Several tests are suggested by the standard to understand the condition of the solar system and its susceptibility to damage. The most basic of these is a visual inspection to assess the system for any visible irregularities.

Another important test is the electrical test, which should be used on every single “string”, or series-connected set of solar cells, to understand the electrical capabilities. Since these solar panels are in space, they are exposed to very harsh conditions. This makes the extreme hot and cold, bending, and proton and electron exposure tests incredibly important. These guidelines can help to determine the operations and maintenance that will be necessary for the panels and provide an estimate for the lifespan of the system.
Guidelines for space solar panels are also addressed by the AIAA in AIAAS-112A-2013: Qualification and Quality Requirements for Electrical Components on Space Solar Panels: .

AS9104 and New Revisions